GET FREE
GET FREE

It was a store robbery gone wrong when the criminal got away but the victim was hit by a car. Then it happened again.
And Again.
For newly hired detective, Phil Ford, this was beyond coincidence. Told not to investigate further, he couldn't let it go. When he falls into a much larger conspiracy involving death-for-hire, organized crime, and corruption in the Sanford Sheriff's Department; it will cost him more than he knows to get to the truth.

Two city friends spend a weekend camping out in the woods of upstate New York, trying to get away from their hectic lives.
But now it is time to head home.
Heavy fog, a lost map, and no GPS mark the start of their journey on the first day of their trek.
And it only gets worse from there.
Bears.
Bees.
Storms.
Each other.
The threats to their lives grow with each step as they struggle to make it back and it isn't certain if either wants the other to make it. 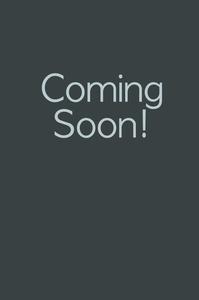 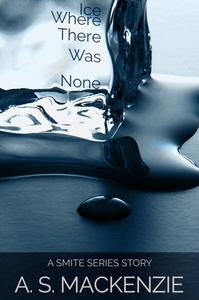 Check out below how to get a hold of some of my books, as well as some of my shorts I'd like to share.

Keep an eye on this page as new works are announced. 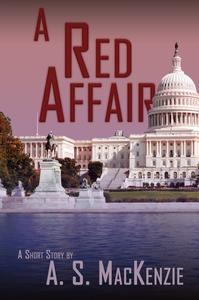 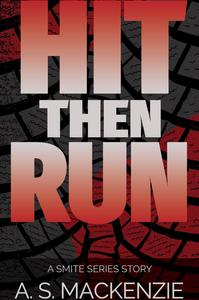 From the world of Dave Jeffery’s A QUIET APOCALYPSE come ten unique stories with one, ultimate vision …
To show what it takes to endure A Silent Dystopia...

My story, "Shut Up, Donny", is in this amazing new anthology set in this terrifying world, along with some fantastic names in the horror community.

Ten stories of fright to warm your Christmas winter nights. Eight authors bring you frightening tales to celebrate the dark side of the season. Grab your hot chocolate and settle in as we show you a different side of Santa Claus and this festive season. Stories by Matt Bliss, Christopher Bond, L. A. Stinnett, Gerri R. Gray, A.S. MacKenzie, Nicole Wolverton, Josslyn Dyer and Alaine Greyson are sure to bring the spooky to your holiday season. 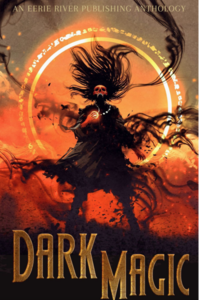 When an aide to a senator dies of an apparent suicide, D.C. believes it to be true, except for Senator Joseph Bell.
He, along with a fellow senator, embark on their own quest to uncover the truth behind the death and ultimately follow it all the way to the "Red Scare" hearings of Senator McCarthy. 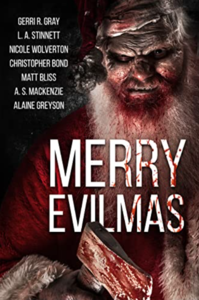 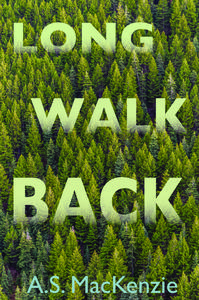 A block of ice in a Florida park. A victim posed inside.
The first officers on the scene struggle to maintain the melting evidence.
Then it happens again.
...and again....and again...
While the officers wonder why they are always the first on scene, their department begins to wonder the same.

Welcome to my library! 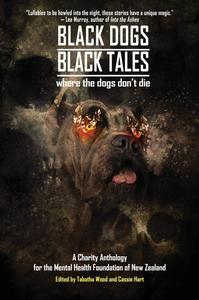 There is darkness in magic and we have given life to that darkness.
Dark Magic is a collection of over two hundred bite-size drabbles of dark fantasy and horror from some of the best names in horror/dark fiction.

What's a drabble? It's a story written in only 100 words. Come check out my three and stay for rest.

Every Year After (PDF) 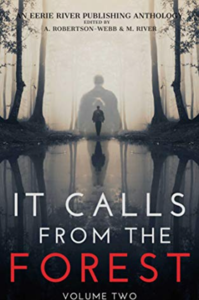 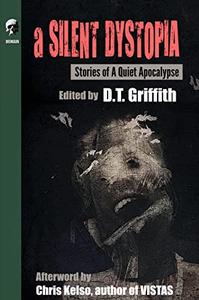 Keep a lookout in this spot for the next new release!

Posted: All work contained on this page, and throughout this site, is the sole property of the author. All rights reserved, no copy allowed. Copyright 2016-2021

I'm pleased to present an anthology I was fortunate enough to be on the editorial team for that benefits the Mental Health Foundation of New Zealand.

17 dark tales handpicked among hundreds from great authors. Some are new to readers and some are established creators. Altogether, a fantastic collection for fan of dogs, horror, dogs, thrillers, dogs, and the supernatural...and dogs.

The crew of the small space research station in orbit were expecting a routine day and maybe a little Halloween fun until one of their astronauts started having trouble outside the station during some routine maintenance.Their communications with each other, and to command on Earth, broke down through interference. Then, the astronaut’s voice came back through the comms, but it wasn’t their voice. Then something beat against the hatch. Crew started panicking. Then screaming.
Commander Davis tries to hold their small, international team together while something outside wants in. Something that doesn’t want them out there. Something that will send them back. When in space, the stars are invisible due to the sun shining directly on you. Nothing but featureless black in all directions.
Black, but not empty.
(this collection also includes the stories A Lot Of Things Wrong and Run Till You Can’t) 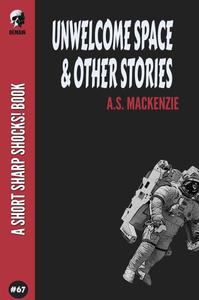 There is evil in the woods and it wants you dead.
They warned us not to enter, but we didn't listen. The call too strong to ignore. And now there is no one left to save us.
Beware, these things within the forest will rip out your heart and devour your soul. You will tremble as they revel in your madness, taking everything from you and leaving you with nothing. Delve inside this anthology of what truly lurks within the shadows of the trees.
Eerie River Publishing brings you another round of exceptional horror by award-winning authors from around the globe.

"Atchafalaya" is the story of a man's quest to vindicate the lives of his friends by destroying the creature that killed them.